A Great way to handle mounted Devices in Gnome

They say its the little things in life that counts, fortunately this is also true with Ubuntu desktop server Environments. Recently i found a little applet that has greatly improved my gnome desktop experience in a huge way. It provide an Integrated and intuitive means of handling devices mounted on my machine. This Tiny applet of not more than 50kb in size is the Gnome media applet. some of its features include

It provide an easy way for mounting and unmounting USB storage device, cd media and even Network device, with just a  few clicks.

Here are some screenshots showing some of its Features 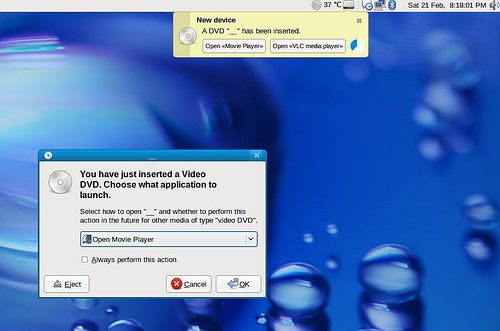 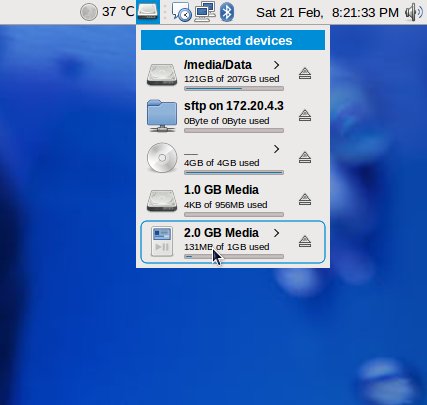 to your system in a very attractive and clean way. making it very easy to unmount them 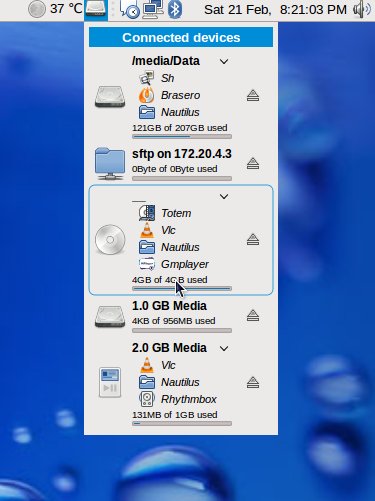 If the connected device has some multimedia like pictures,videos or music, gnome media applet would detect and add icons of applications that can be used in playing the respective contents.  I plugged in my Nokia Internet tablet which contains a lot of music files and displayed it with an ipod like icon. and also showed other smaller icon for vlc, rhythmbox and nautilus.  One cool thing about this device is that it also displays a graphical bar that indicate how full/ empty a particular device is.

A deb package for ubuntu intrepid ibex can be download from getdeb here http://code.google.com/p/media-applet/downloads/list

unfortunately this device doesn’t work on previous release of ubuntu. also tried compiling this on fedora 10 but hit a brick wall.

Little things like gnome media applet are what makes booting my computer an experience i always look forward to.