Improving the Linux Ecosystem from Within: Thoughts on Adobe Axing Adobe Air for Linux

First of, I never ever been a fan of Adobe Air apps, their lack of integration with the native OS UI (At least on Linux) is a big turn off of me. Hence when Adobe announced that they would be pulling the plugs off adobe air for Linux. My reaction, similar to that of many Linux users, was Meh

I did however see the move as food for thought for those spending so much time and energy trying to convince same adobe to port photoshop to Linux. Not that I don’t want photoshop or the next cool proprietary desktop app to be ported (Ok frankly I don’t think am missing anything so I care less) But we really have to come to terms with the reality, we can not compel or cajole a company to port their X application to Linux. it is a situation beyond our control and not something we have the power to change (any time soon).

What we do have power to over is how to take advantage of the open source ecosystem and see how we can improve it. How can we improve Gimp, make it rock, and blow pass photoshop – Donation, code, documentations, even the occasional writing a developer of your favourite app to let him know you appreciate what he is doing all goes a long way.

The reason why many Linux users cared less about this Adobe move is, I mean let’s be frank over 90% of adobe air apps are twitter client, an area very well covered in the Linux ecosystem. Majority of Linux users use Choqok/Gwibber/Hotot/Pino/etc. (applications which not only have better UI and OS integration with Linux but in many cases are have richer feature set compared to the tweetdecks of this world) hence couldn’t be bothered.

I think what these reveals is that, When we make the applications on the Linux ecosystem rock. (The Amarok, the Gimp, The Libreoffice etc) More people would find reason to use and stick to Linux on the desktop, when they see a reason to use Linux, The ecosystem would increase to a point where even the big application vendors might take notice and decide that the Linux ecosystem is perhaps worth giving a try. Even if it doesn’t turn out like this. Then at least we would have applications which are comparable (if not better) than the alternatives in other platforms.

Ok maybe things are not that simplistic, but I do feel strongly that it is more pragmatic if we improve the Linux ecosystem from within the ecosystem. A situation where efforts are being channelled towards sulking up to adobe to port Photoshop to Linux while the Gimp Project is desperately short of hands really doesn’t make sense (IMHO) We have Gimp which is free and developed in the open. Fine photoshop has some features not available in Gimp (but which are really not needed by mainstream users) however Gimp is extendible developed in the open. Effort channelled towards getting the missing photoshop features to Gimp would definitely yield more positive result than the out come of getting photoshop on Linux.

I use Gimp here as a case study but same thing applies to many important free software projects Libreoffice, Scribus, Inkscape, Evolution, Kontact etc. I think everyone from the distros to the users and even the companies whose business model is built round Linux all need to play more proactive role at improving our ecosystem.

Being proactive means doing something to improve the software you use everyday. File a bug, documentation, feature request with mock up, code, donate and remembering to thank those whose labour of love we are enjoying. We have to make the best of what we have in hand and spend less time chasing shadows. 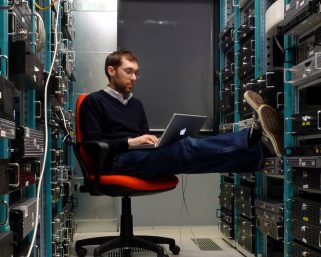 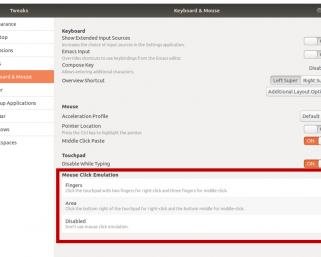